Ex-deputy head of IC of Armenia detained in Moscow 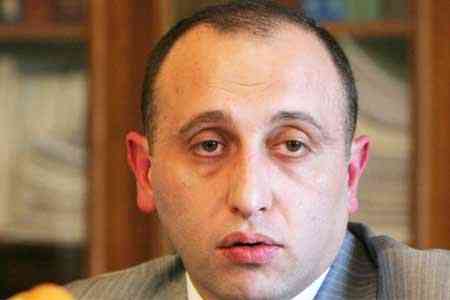 ArmInfo.Vahagn Harutyunyan, former deputy chairman of the Investigative Committee of Armenia, was detained in Moscow.

As reported by TASS source, Vahagn Harutyunyan was put on the wanted  list in the 2008 murder criminal case. The issue of his extradition  to Armenia is currently being decided. Earlier, the investigation  established that Harutyunyan, being the deputy head of the  Investigative Committee, hid the fact that the police used firearms  during the dispersal of the rally in 2008. Together with his  accomplice, he replaced the shot live ammunition as a whole. During  the clashes between the protesters and the police, eight  demonstrators were killed, 33 law enforcement officers were  hospitalized, and two were killed.