Prime Minister: Our political approach is that judges should not be  involved in politics; they should only do their work 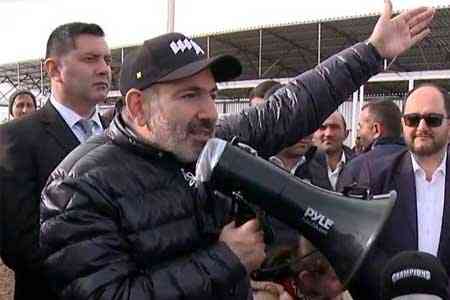 ArmInfo. In a certain period, the judicial system of Armenia was involved in political processes. Prime Minister of Armenia Nikol Pashinyan stated this in Jermuk  during the "Yes" campaign for holding the referendum on April 5.

Referring to the court's decision to release the owner of the fifth  television station, Armen Tavadyan, who was suspected of trying to  bribe a witness in the case on March 1, 2008, the head of the  Armenian government emphasized that the issue of the identity and  decision of the judge was again raised in society in this regard.  However, as Nikol Pashinyan noted, Armenia needs a judicial system in  which there will be no room for such conversations. "At some point,  the judicial system was clearly and unequivocally involved in  political processes. Meanwhile, Our political approach is that should  not be involved in politics, they should only do their work