During organization of  visit of  foreign state`s head to Armenia, a  large embezzlement was revealed 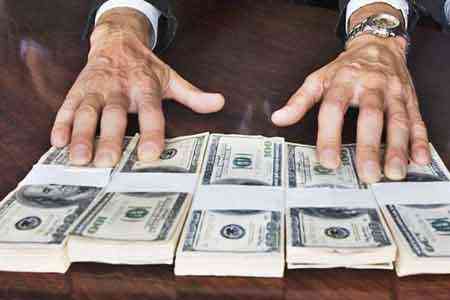 ArmInfo.During the organization of the visit of the head of a foreign state to Armenia, a large embezzlement and abuse of power were was revealed According to the  Prosecutor General's Office of the RA, during the investigation it  turned out that, in order to properly organize the visit of the head  of another state, by a secret decision, the Ministry of Culture of  the Republic of Armenia allocated 576 million drams by secret  decision.

This amount, according to the secret order of the minister,  was transferred to a certain company, and a donation (gift) agreement  was concluded.

Despite the fact that the agreement established that the amount  allocated to the donor includes taxes, duties and other obligatory  payments, nevertheless, on the basis of a secret decision of the RA  government, another 60.2 million drams were transferred to the  company by secret order of the RA Minister of Culture.  It also  turned out that when the company purchased goods and services within  the allocated amount, a number of violations were committed. In  addition, when studying the company's reporting, facts of the  inclusion of prices in excess of market prices in the documentation  were revealed.  An agreement was concluded with another LLC on the  organization of translation services for a total of about 6 million  drams, but it turned out that both of the above companies were  registered at the same address during this period. At the same time,  at the time of the visit of the head of a foreign state, not a single  registered employee worked in LLC. A similar situation was in the  case of another company with which an agreement was concluded on the  provision of passenger transportation services during the visit.

It also turned out that in the package of the project of the above  secret decisions on the allocation of funds to the LLC submitted by  the Minister of Culture of the Republic of Armenia to the Government  of Armenia, there was no justification for the nature and amount of  expenses, but only the expression "for the purpose of organizing the  visit>.

Thus, data were received on the unjustified allocation of budget  funds in the amount of 60.2 million drams, as well as unreliable  expenses in the amount of about 110.3 million drams. A criminal case  has been opened on the grounds of clause 1 of part 2 of article 179,  clause 1 of part 3 of the same article, and part 2 of article 308 of  the RA Criminal Code.