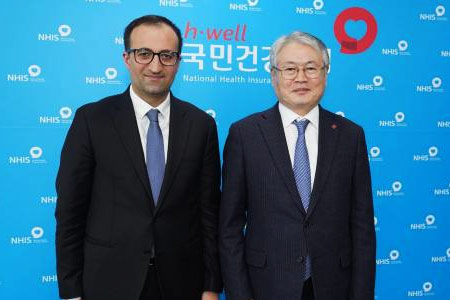 Yong Ik Kim noted the importance of such exchange programs and  activities, given that the Korean health insurance system, formed in  1977, has been very successful and is an example for many countries  around the world. He noted that the Korean side is pleased to share  their experience with politicians, deputies and representatives of  the sphere from other countries.

"For those countries that are just starting to take the path of such  reforms, the Korean experience is very important and useful,"  Torosyan said, adding that Armenia has also chosen this path and is  at the initial stage of introducing a public health insurance system.  The parties also noted the importance of exchange between experts,  and agreed on future cooperation.

The head of the World Bank's delegation, Adanna Chukwuma, emphasized  the importance of creating a dialogue between the countries regarding  the already existing systems and added that the World Bank will also  continue to assist Armenia in the reform process.

At the end of the meeting, Minister Arsen Torosyan invited Korean  experts to visit Armenia to study the work done in recent years.