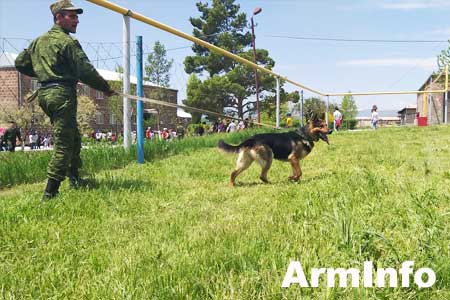 ArmInfo. In 2019, the Armenian border guards prevented 178 attempts to violate the border regime. 152 of them were taken at checkpoints, another 26 - outside the  checkpoint.

According to the press service of the National Security Service of  the Republic of Armenia, as a result of the implementation by the  Border Troops of the National Security Service of military-service  and operational-service measures, 2 cases of transporting drugs  through the state border of the Republic of Armenia were prevented.  As a result, 4 RA citizens were arrested and 6.5 kg of narcotic drugs  were seized.  In 2019, at the state border, 2171 wanted citizens were  detected and transferred to the Police of RA.