Coercion to renounce parental rights will become a criminal offense 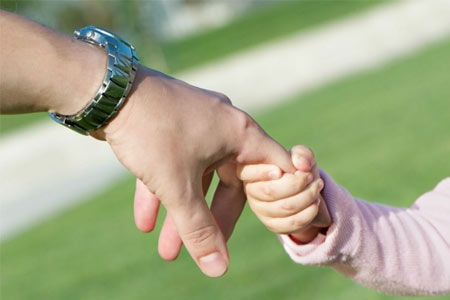 ArmInfo. Armenia will introduce criminal liability for violation of the rights of parents  and children. Amendments to the RA Criminal Code, which will be  submitted to the country's parliament in the prescribed manner, were  approved at a meeting of the Government of the Republic on February  13.

According to the Minister of Labor and Social Affairs of the Republic  of Armenia Zaruhi Batoyan, the purpose of the presented document is  to protect the parents and children, and also to ensure the rights of  children to live in their families. The draft law provides for  criminal liability against persons who impede the realization of the  rights of parents, force them to renounce their parental rights,  abuse their trust, and apply various forms of threats and beliefs. In  this case, penalties in the amount of 200-500 times the minimum wage,  or a three-month detention period, or imprisonment for up to 4 years  are envisaged.  Particularly serious criminal liability will be  applied to doctors who will face two to five years in prison with the  deprivation of the right to work in the field for three years. When  organizing criminal acts against children and their parents by an  organized group of persons, imprisonment from four to eight years is  provided.

Batoyan also noted that the presented document is fully consistent  with the UN Convention on the Rights of the Child, which was ratified  by the Armenian parliament.

Recall that in the framework of the criminal case on the unlawful  removal of newborn children from their parents, by preliminary  agreement between a group of persons and their adoption by foreign  citizens, 5 people are accused. Among them are the director of the  Republican Institute of Reproductive Health, Perinatology, Obstetrics  and Gynecology Razmik Abrahamyan, the deputy director Arshak  Jerjeryan and the head of Yerevan "Orphanage" Liana Karapetyan.

In the case of Razmik Abrahamyan and Arshak Jerjeryan, the  prosecutor's petition for changing the preventive measure for arrest  was rejected, and Diana Karapetyan was granted.

As previously reported, law enforcement officers obtained evidence  that two citizens of the Republic of Armenia, using their contacts in  one of the republican obstetric institutions, in a number of  departments of the Republic of Armenia, as well as in orphanages,  with a gross violation of the legislation of Armenia, organized the  process of adoption of more than three dozen Armenian children by  citizens Italy.  To this end, a number of obstetric institution  employees and other employees endowed with managerial powers, by  prior conspiracy, intentionally, and for personal gain, from 2016 to  2018, forced them to abandon the children and against their will give  consent to adopt more than one dozen women who applied to the  specified maternity hospital. Having written documents on abandonment  of children, most babies with appropriate medical diagnoses were sent  to orphanages. A criminal case has been instituted; investigation is  underway.