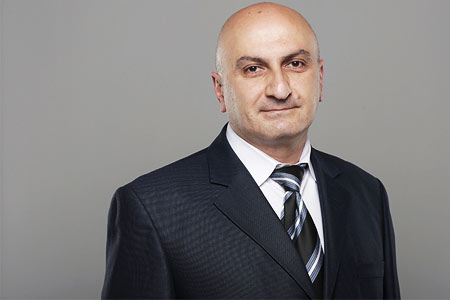 ArmInfo. Employees of the Republican Center for AIDS Prevention oppose merging with the Nork Infectious Diseases Clinical Hospital. Recall that the corresponding  government decision was made on January 30.

As the head of the epidemiological surveillance department of the  Republican Center for AIDS Prevention Arshak Papoyan noted in a  conversation with ArmInfo, this decision was made in the light of the  lack of specialized discussions with the Center's staff. This fact is  of particular concern given the fact that in the republic, in  addition to the Center, there is no other specialized organization  working in the field of treatment and prevention of AIDS.

The staff of the Center expressed their concern about the situation  in an open letter addressed to the Prime Minister of the Republic of  Armenia Nikol Pashinyan. , Papoyan noted.

Meanwhile, RA Minister of Health Arsen Torosyan previously commented  on the decision to merge the Center and the Nork hospital, promising  that this decision would not entail a staff reduction. According to  him, scientific achievements and modern international approaches in  the fight against AIDS indicate that this issue should be integrated  into the national health system. As was noted, the need for separate  institutions dealing with the problem of AIDS existed about 40 years  ago, when the acquired immunodeficiency syndrome was only detected.