Nikol Pashinyan: My goal is to create a truly independent judiciary  in Armenia 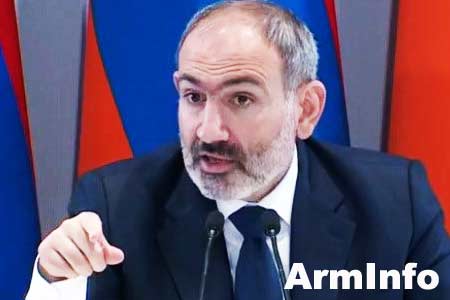 ArmInfo. During constitutional reforms in Armenia, the current state model will not be changed. Prime Minister of Armenia Nikol Pashinyan announced on January 25 at  a press conference.

He noted that the goal of constitutional reforms is to implement  changes in the legal framework. "I do not set myself the goal to  dismiss anyone. My goal is to create a truly independent judicial  system in Armenia.  Not a judicial system that takes advantage of the  situation that the Prime Minister of Armenia and the government are  not forcing them to anything and are trying to find those who will  force them to something, " Pashinyan said.

According to the prime minister, the fact that today the judicial  system of Armenia is on the path to recovery is encouraging. "There  are people in the judicial system of Armenia, including the  Constitutional Court, who were not involved in various processes. I  am sure that they will not fight with their people. I believe that  the judges of the Constitutional Court should not fight against their  people and their future, " Pashinyan said.

To remark on whether the prime minister's visit to the SIS yesterday  was related to the situation surrounding the head of the  Constitutional Court, the prime minister emphasized that he visited  the SIS yesterday as a witness. "I was called to the SIS in another  case as a witness. As for whether I gave any tasks in connection with  the Constitutional Court. What kind of tasks can there be? The fact  is that situations can be different, including those related to  internal security of the country. If we suddenly received information  that a MP or judge is connected with foreign intelligence services,  shouldn't we check this information based on the status of this  person? Or if we get information about corruption, shouldn't we   check it? I've got the information related to a person who is one of  my relatives. This incident was investigated, sent to court, and the  latter took the indictment. If similar situations occur in the case  of my relatives, why do you think that I will turn a blind eye to  such incidents involving other people, " prime  minister wondered.

He emphasized that now the authorities are accused of not preventing  the suicide of Georgy Kutoyan.  "Does it seem to you that we should  monitor different people in order to prevent their possible suicide?   Let's not bring the situation to absurdity," Pashinyan said.