Mkhitar Hayrapetyan had a telephone conversation with a Cypriot  politician, who is searched by the Azerbaijani authorities 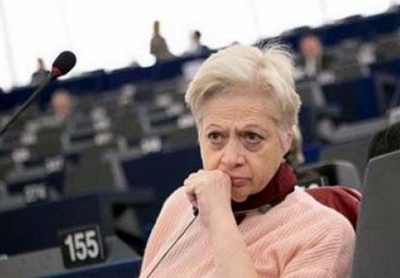 ArmInfo. Azerbaijani authorities appealed to the government of Cyprus with a request to extradite the former lawmaker of the European Parliament, a loyal friend of the  Armenian people, Eleni Theocharous, MP from the ruling "My Step" bloc  Mkhitar Hayrapetyan wrote on his Fcaebook page.

Hayrapetyan, in particular, noted: "It is obvious that we are dealing  with the manifestation of Azerbaijani hysteria. In 2015, Baku made a  similar request to Interpol to detain a Cypriot activist who visited  Artsakh, however, it was refused. I, as the head of the  inter-parliamentary commission of Armenia- Cyprus, discussed the  current situation with my Cypriot colleague Nikos Tornaridis, and  then had a telephone conversation with Eleni Theocharous, expressing  support to her, "Hayrapetyan noted.

The MP stressed that principled politicians who are fighting for the  truth and never afraid of difficulties are a good example not only  for their country, but also for other peoples. "Azerbaijan should  remember that attempts to distract the public from the country's  internal problems will not work in the long term," Hayrapetyan  concluded.