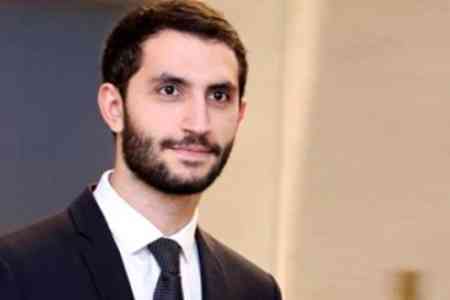 According to the press service of the parliament, Rubinyan emphasized  the importance of developing interaction between the two countries on  interparliamentary platforms.

The chairman of the Committee touched upon Armenia's foreign policy  priorities after the Velvet Revolution. He presented the position of  the Armenian side on the peaceful settlement of the Nagorno- Karabakh  problem, turned to ratification of the EU-Armenia Comprehensive and  Enhanced Partnership Agreement (CEPA) and liberalization of the visa  regime with the European Union.

A number of issues in bilateral relations were discussed after the UK  left the EU. The interlocutors also exchanged views on the situation  in the Middle East.

To recall, yesterday the Queen of Great Britain signed a decree on  Brexit, which will enter into force on January 31.