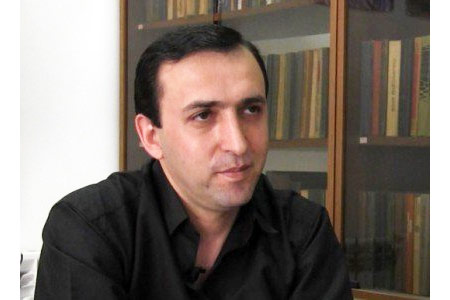 ArmInfo. On January 24, the Criminal Court of Appeal granted the motion of the defense of  life-sentenced Ashot Manukyan, who appealed the decision of the trial  court to refuse his Conditional Release.

To recall, Ashot Manukyan was imprisoned since 1996 on charges of  killing three servicemen. Initially, he was sentenced to capital  punishment, but subsequently it was replaced by life imprisonment.  The defense side insisted that Manukyan deeply repented of the crime,  asked for forgiveness from the relatives of the killed, and in recent  years has shown positive behavior, in connection with which his  detention regime has changed to half-open. In addition, the convict  began the process of distance learning, and in conclusion wrote  books.

After the court session, in an interview with reporters, Manukyan  noted that he intends to prove by example that life-sentenced  prisoners are able to integrate into society, lead a normal life and  do good deeds.  According to him, the first step in freedom will be  for him to complete the correspondence education.