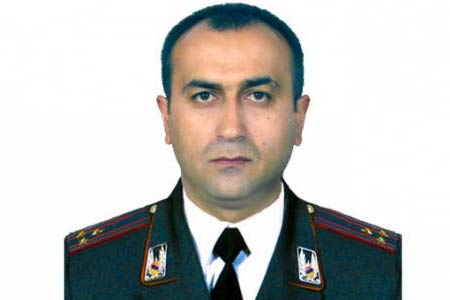 "By another order, Armen Gasparyan was Chief of the Yerevan Police  Department," Janoyan said.