Amram Makinyan: The search in the apartment of Hrayr Tovmasyan has  not yet begun, since the latter is not allowed to get acquainted with  the court decision 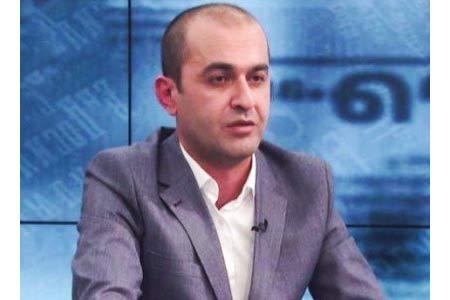 ArmInfo. Lawyer Amram Makinyan denied the SIS information that a search was being conducted in the house of the head of the Constitutional Court Hrayr Tovmasyan. In an  interview with reporters, Makinyan stated that the search had not yet  begun. According to the lawyer, a search should be carried out in  Tovmasyan's apartment by the court's decision, but it didn't start,  as the head of the investigation team violates the rights of his  client.

"Everything that happens is unprecedented, for the first time the  lawyer is not allowed to read the court decision. And it does not  even substantiate why the lawyer cannot read this decision," the  lawyer emphasized.

Makinyan emphasized that the rights of lawyers should be fully  realized. "We both in writing and verbally requested that we be given  the opportunity to familiarize ourselves with the decision and make  it a photocopy. We have the right to appeal the court decision, but  how can we appeal it if we do not have a photocopy. Appeal the  decision to 4- 5 pages from memory, what kind of practice is this? ",  The lawyer emphasized.

"Investigative actions begin after reviewing the court decision. The  rights of the head of the Constitutional Court are again violated,"  concluded Makinyan.

It should be noted that in the morning he said that in the house of  Tovmasyan a search was being carried out. Tovmasyan is charged under  Article 308 of the Criminal Code of the Republic of Armenia (abuse of  power, resulting in negligence with grave consequences - Ed). The CCC  explained that speech it is about the same criminal case in which the  godson of Tovmasyan Norair Panosyan was indicted.  Earlier, the  investigation established that the former employee of the Ministry of  Justice of Armenia Norayr Panosyan, occupying the post of head of the  Legislation Inspection Inspectorate in the Ministry of Justice in  2011-2014, together with a number of other officials, deprived two  notaries of the opportunity to register their work premises for free  use. Panosyan wanted to purchase these premises himself. To do this,  he agreed with the employees of the Ministry of Justice and the City  Hall of Yerevan, who organized fictitious auctions for the sale of  these premises, at prices significantly lower than market prices. In  particular, the territory at the 1st dead end of Baghramyan Avenue,  with a market value of 63.4 million drams (about 133 thousand  dollars), was sold for 47.5 million, and on Bagratunyats Street,  worth 33.5 million (70 thousand dollars) ), - for 3.8 million. These  territories belonged to the Municipality of Yerevan, which as a  result received less income, and notaries lost their free territory  for work. Also detained was an employee of ZAO "Land and Real Estate  Operations> Tigran Ter-Harutyunov, who gave an underestimated  assessment of real estate. Norayr Panosyan was previously arrested,  but subsequently, by decision of the Court of Appeal, he was  released.