Nikol Pashinyan will visit the Netherlands 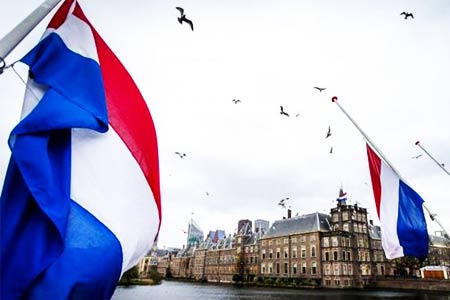 Recalling that this is the first visit by the head of the Dutch  Foreign Ministry to Armenia from the day diplomatic relations between  the two countries were established, Mnatsakanyan noted that he was  taking place on the eve of the opening of the Dutch Embassy in  Yerevan and the visit of the Prime Minister of Armenia to the  Netherlands this year.

"All of the above indicates that our relations and cooperation  reached a new level after democratic changes in Armenia. It is an  unprecedented event for the legislature to decide to ask the  government to open an embassy. This will open a new page in bilateral  relations," the head of  Armenian Foreign Ministry stated.

At the same time, Mnatsakanyan emphasized that trade relations  between the two countries are actively developing, trade is growing,  tourist flow from the Netherlands has increased by 23%. In this  context, he expressed the conviction that direct air communication  will further deepen relations.

Pointing out the importance of parliamentary cooperation, the  Armenian minister identified priority areas for cooperation with the  Netherlands, including agriculture, healthcare, water management, and  waste management.

Mnatsakanyan also recalled that the Netherlands last year ratified  the Armenia-EU Comprehensive and Enhanced Partnership Agreement. The  Minister noted that the Dutch have a great interest in Armenian  culture. "So, the fairy tales published in the translation of  Hovhannes Tumanyan aroused great interest among the Dutch readers.  And this copy of the Book of Hovhannes Tumanyan, which I want to  convey to you vivid evidence that we have rich cultural interaction,"  Mnatsakanyan said, adding that close cooperation also established at  international platforms, there is the potential for cooperation in  the field of justice, education, science, it is planned to expand the  scope of cooperation - for example, in the field of ecology. In  addition to bilateral issues, the sides touched upon international  issues and the situation in the immediate vicinity of the borders of  Armenia. "We agreed that all parties should make efforts to reduce  tensions," the Foreign Minister stated. Zohrab Mnatsakanyan informed  his counterpart about the situation around the Karabakh settlement,  stressing the importance of the balanced position of the Netherlands  and support for the efforts of the OSCE Minsk Group.  In turn, Stef  Blok promised to read the donated Book and said that he had already  visited Tsitsernakaberd.  The Minister welcomed the fight against  corruption in Armenia and noted the successful cooperation of the two  countries over the past ten years.

"I am convinced that the opening of an embassy in Yerevan will be a  good step for the development of Armenian-Dutch relations," Blok  said, also recalling that his country is promoting the development of  relations between Armenia and the EU, as evidenced by the  parliament's ratification of  Armenia-EU Comprehensive and Enhanced  Partnership Agreement. He also concluded by pointing out the  expansion of trade and economic relations between the two countries.   It should be noted that the foreign trade turnover of Armenia with  the Netherlands by country of origin, in January-October in 2019  amounted to $ 162 617.1 thousand, which is 9.2% higher than the same  period in 2018, and amounted to $ 246 491.9 in the exporting country  thousand, which is 38.9% higher than in January-October 2018. Exports  from Armenia to the Netherlands increased by 26.7% and reached $ 132  128.6 thousand. "-