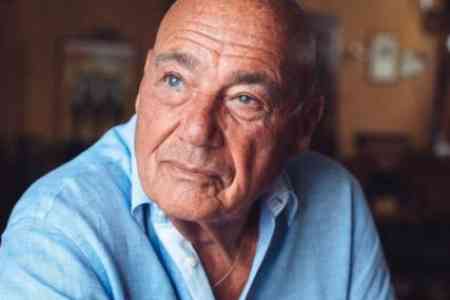 ArmInfo.  Vladimir Pozner will present his "Farewell to Illusions" book to the Moscow public, translated into Armenian by Ruben Ishkhanyan's  Oracle Publishing  House.

According to information published on the Pozner online portal, Felix  Bakhchinyan was the translator of the memoirs of a famous publicist.

"The idea to publish an autobiographical book of Vladimir Pozner in  Armenian was come several years ago, when the head of Oracle  Publishing House was at a meeting of readers and fans with Pozner.  The famous literary critic Klarisa Pulson led the meeting.

It should be noted that last year, Vladimir Pozner, at the invitation  of the Yerevan ARARAT Brandy Factory, visited Yerevan, where for  several days he met with socio-political circles and students,  answered questions they were interested in, and also held several  workshops.