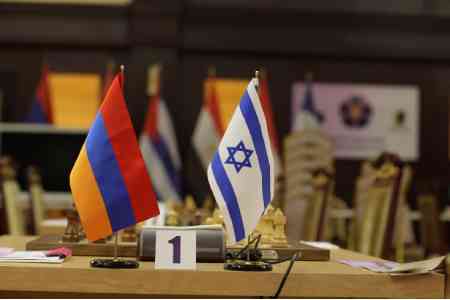 ArmInfo. Armenian President Armen Sarkissian will leave for Israel today to participate in the World Holocaust Forum 2020 dedicated to the 75th anniversary of the  liberation of Auschwitz. ArmInfo was informed about this in the press  service of the RA President.

To note, on January 22 and 23 the fifth World Forum on the  Remembrance of the Victims of the Holocaust will be held in  Jerusalem.

The event, organized by the World Holocaust Forum in collaboration  with Yad Vashem, will be held on January 23, 2020 at the Warsaw  Ghetto Square in Jerusalem. The forum is taking place on the eve of  the 75th anniversary of the liberation of the Auschwitz concentration  camp and International Holocaust Remembrance Day, launched by the UN  General Assembly in 2005. The forum will feature Israeli President  Reuven Rivlin, Russian President Vladimir Putin, Israeli Prime  Minister Benjamin Netanyahu, French President Emmanuel Macron, Prince  of Wales Charles and German President Frank-Walter Steinmeier.