MFA: There are no clearly defined dates of meeting between the Prime  Minister of Armenia and the President of Azerbaijan 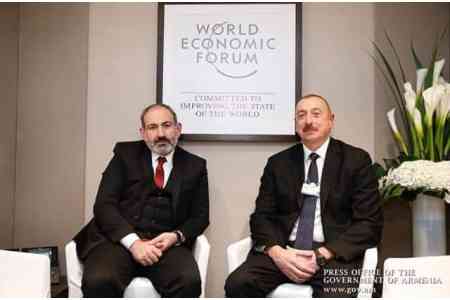 ArmInfo. Armenia will continue to work actively with the Azerbaijani side to assess the processes that have recently been observed in the negotiation  process, RA Foreign Minister Zohrab Mnatsakanyan staed today  answering to the question of journalists at the ceremony of signing  an agreement with KfW on the opening of the TUMO center in Germany.

According to him, as part of the process, a work plan will be  outlined taking into account all circumstances. At the same time, he  refrained from setting the date for the next meeting of the Prime  Minister of Armenia Nikol Pashinyan and the President of Azerbaijan  Ilham Aliyev. So far, work is being carried out within the framework  of the heads of the foreign affairs agencies of Armenia and  Azerbaijan.

Answering the question about the possibility of the mediation mission  of Armenia in the settlement of Iranian-American relations,  Mnatsakanyan called not to overestimate or underestimate the role of  each country, stressing that the issues of regional security and the  prevention of escalation of the situation remain priority for  Armenia.

To note, according to the Azerbaijani Foreign Minister, his meeting  with his Armenian counterpart is scheduled for late January 2020.