Head of  "My Step" faction is confident that issue related to  slaughterhouses could be resolved, taking into account interests of  all parties 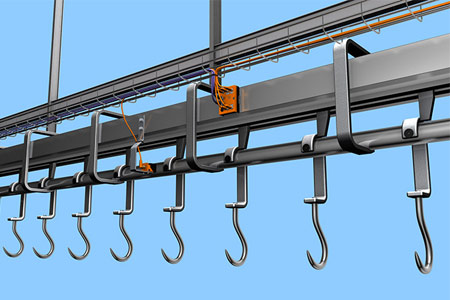 ArmInfo.Head of the "My Step" faction, Lilit Makunts, is confident that the issue related to slaughterhouses can be resolved, taking into account the interests of  all parties.  Makunts stated this in an interview with ArmInfo  correspondent.

According to her, the issue of ensuring food safety is really very  acute. "It is necessary that the citizens of the country be sure that  the products they buy are really safe. It seems to me that in this  matter a solution can be found that will satisfy all parties to the  conflict," the head of the ruling faction emphasized.

It should be noted yesterday head of the Prosperous Armenia faction  Gagik Tsarukyan condemned this law.  According to Tsarukyan,  tightening standards will complicate the life of farmers, who will be  forced to bear the high costs of transportation and slaughter of  livestock.

It should be noted that since last week farmers 'protests have not  subsided in Armenia. The latter protest against the decision that has  entered into force, according to which only meat from slaughterhouses  is allowed for sale in Armenia. According to farmers, the adoption of  this decision will hit them and create additional difficulties for  them. In particular, we are talking about the fact that in the  country a small number of operating slaughterhouses, the sanitary and  epidemiological state of which, as well as the size of the amount  that is charged for slaughtering livestock, also cause a lot of  questions for farmers.

Earlier, Arminfo, referring to  head of the State Food Security  Service of the Republic of Armenia Georgy Avetisyan, reported that  from January 15 only meat from slaughterhouses will be allowed to be  sold in Armenia. , he noted.   According to Avetisyan, today there are 17 slaughterhouses in the RA,  and 26 are under construction. Referring to a statement by the  slaughterhouse management, he said that the latter would be ready by  the beginning of 2020. In general, according to estimates, as the  head of the State Security Committee of Armenia noted, about 70  slaughterhouses are needed, however, at this stage, the available  quantity can cover the entire market. We add that earlier, protests  by livestock breeders have already taken place at the Government  building.