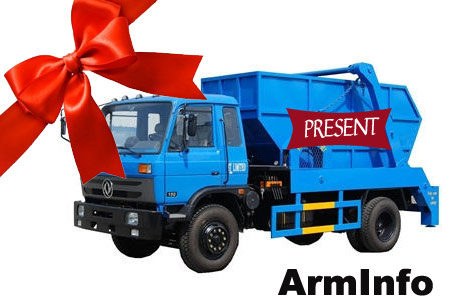 ArmInfo.An investigation commission will be established in the Armenian parliament to study agreements on the transfer of vehicles and other property to the  Yerevan Municipality, the provision of services by various entities,  the transfer by the community of Yerevan of real or movable property,  including property as well as non-property rights, building permits  related to them starting in September 2018.

As noted by Vice-Speaker of the National Assembly of the Republic of  Armenia, Lena Nazaryan, the commission is established by force of law  on the basis of the signatures of one quarter of the parliament.  An  investigative commission will be led by Ani Samsonyan, a member of  the Bright  Armenia faction.

In her speech, Ani Samsonyan emphasized that since the end of  November 2018, the faction has received alarms that the Yerevan  Municipality is providing incentives for donations in the form of  movable property in exchange for granting building permits and  legalizing illegal buildings. Despite the fact that donations have  entered an active phase since the spring of 2019, however, there is  still no list of donors and donation volumes. Thus, the Mayor's  Office ignored the interests of the community, not ensuring  transparency and openness in its activities. In this regard, it is  proposed to form a parliamentary commission that will investigate the  principle of accountability. The commission will consist of 11  people, and will conduct an investigation for six months.

To recall, after prolonged criticism, the Municipality recently  released a list of organizations and individuals who donated 21  garbage trucks to Yerevan.  Yerevan Mayor Hayk Marutyan the other day  on Facebook Live, referring to the opposition's statements, called  them misinformation. He submitted documents, claiming that building  permits were issued much earlier, they are not related to donations,  and donors do not receive any benefits.