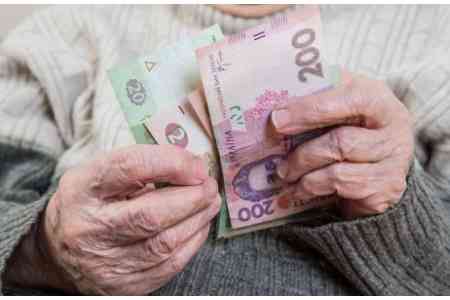 ArmInfo. New mechanisms for overcoming poverty are aimed at ensuring financial stability for poor families. This was announced by Deputy Minister of Labor and Social  Affairs of the Republic of Armenia Zhanna Andreasyan at a January 21  press conference.

Recall that earlier the Prime Minister of the  Republic of Armenia Nikol Pashinyan announced the development of a  new system of social support, noting that the current system is aimed  at preserving poverty, which was beneficial to the previous  authorities in order to buy votes by election bribes. "We consider  poverty and its consequences not only one of the main obstacles to  economic development as a whole, but also the institutional  development of democracy in Armenia," the Prime Minister emphasized.   By the decision of Pashinyan, in February 2019, a working group was  created that developed recommendations, in particular, on the  principles of evaluating and providing financial support. It is  expected that the proposed changes will make the criteria for  assessing vulnerability more objective and focused.

As Andreasyan noted, the fundamental difference between the new  system and the current one is that the assessment of social  insecurity will be based on an analysis of the income of a particular  family, the number of children, as well as the number of able-bodied  family members. So, based on the consumer basket developed by the  Ministry of Health, the required minimum per person is 60 thousand  drams. For example, as Andreasyan explained, if a family consists of  four people, 60 thousand drams will be multiplied by four, and the  monthly income of the family will be deducted from this amount  (excluding temporary seasonal work). The resulting amount will be  paid as benefits.

The deputy minister reminded that the average amount of benefits in  Armenia is about 30 thousand drams, and the current social assistance  system makes the beneficiary tied to the monthly payments of  benefits, suppressing his desire to get new skills and get a job. In  addition, an analysis of the situation shows that often low-income  people tend to be involved in the system of benefits for benefits in  the education system, healthcare and utility bills. Under the new  system, which is still under discussion, it is proposed to issue  these benefits based on the existing need, and not automatically.

Andreasyan drew attention to the fact that the new system will pay  special attention to the issue of overcoming poverty in the long run.  This implies creating opportunities for able-bodied family members to  improve their qualifications or to acquire new skills.

According to the National Statistical Committee, in 2018 the poverty  indicator in Armenia amounted to 23.5%, decreasing by 2.2% compared  to 2017. According to the executive director of the foundation "My  Step" Hovhannes Ghazaryan, using the potential of the family to solve  its social issues is indeed an effective mechanism, as confirmed by  international studies. In particular, this step allows the family to  get out of the vicious circle of dependence on benefits, and to find  new sources of stable income.  As World Vision Armenia Director  Zhirair Edilyan informed, the results of the pilot program organized  by over one hundred families show that in two years half of them,  thanks to new skills, were able to overcome the poverty line, and 90%  had the prospect of increasing income in long term