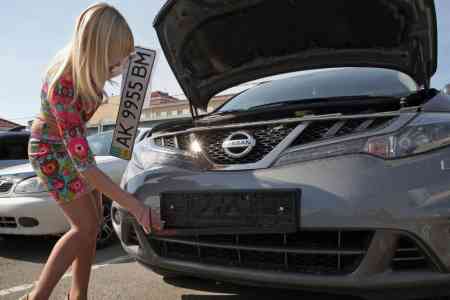 ArmInfo.  Imposing severe sanctions of strict sanctions against drivers operating one or two vehicles without state numbers will be mitigated in Armenia. RA National Assembly at the meeting on January 20 in the first reading discusses amendments to the Code of Administrative Offenses.

According to the author of the presented document, Gevogk Papoyan,  the MP of the National Assembly from the "My Step" faction, the  driver is now deprived of the right to drive for 1 year when driving  a car without a license. However, it often happens that if you lose  numbers, have bad roads, move through water barriers, as a result of  which numbers break down, drivers have problems. In the presence of  similar and other situations, it is proposed to establish a new  provision, according to which, when driving one car without state  numbers, the driver will be fined 20 thousand drams and reducing  points by two points.