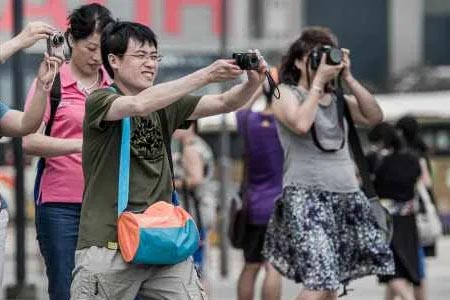 ArmInfo. Representatives of the tourism sector expect an increase in tourist flow from China to Armenia. Recall that the day before the Armenian-Chinese  intergovernmental agreement on abolishing the visa regime came into  force.

As the President of the Armenian Tourism Federation, Mehak Apresyan,  noted at a press conference on January 20, in recent years there has  been a tendency to increase the flow of Chinese tourists to Armenia  due to the previously simplified visa regime. So, if in  January-October 2018, 8430 tourists from China visited Armenia, then  over the same period last year - 14500. Apresyan expressed confidence  that the abolition of the visa regime will contribute to the growth  of tourist flow, having also a tangible impact on the economic and  political spheres. "This document will open up good opportunities for  the business sector, positively affect the investment flow and  strengthen the intercultural dialogue between the two peoples," he  emphasized.

According to the expert, in order to strengthen the growth trend of  tourists from China, it is necessary to take a number of measures  aimed at more actively promoting the Armenian tourist product,  setting clear quality standards in the service sector, as well as  increasing the number of guides who speak Chinese. In addition,  according to Apresyan, there is a need to create direct flights  between Armenia and China.  As the representative of the Guild of  Armenian Guides Lusine Vardanyan said, tourists from China mainly  prefer classical tourism, that is, visiting cultural and historical  sights. At the same time, a significant part of Chinese tourists are  citizens over 50 years old who have an impressive experience of  visiting different countries of the world. According to the expert,  in Armenia they are attracted not only by their rich history, but  also by their beautiful nature, national cuisine and hospitality.

Vardanyan also noted that some tourists from China visit not only  Armenia, but also other countries of the South Caucasus as part of  the tour.

It should be noted that the goal of the Armenian-Chinese  intergovernmental agreement on the abolition of the visa regime is to  stimulate the development of friendly relations between Armenia and  China, as well as facilitate mutual visits of citizens of the two  countries. The agreement stipulates that citizens with ordinary  passports, upon entering the country or in transit, will be exempted  from the need to obtain a visa when they are in the host country for  up to 90 days within six months. If the citizens of the two countries  plan to stay for study or work, they will have to apply for a visa.  We add that in 2020, 6.3 billion drams will be allocated from the  state budget of Armenia for the development of the tourism sector.