A fire broke out in the building of  Press House 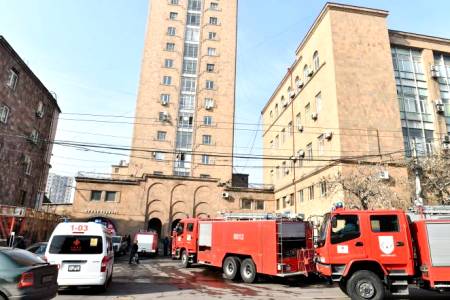 ArmInfo.  On January 18, at 11:47 a.m. call was received to service number <911> indicating a fire that broke out on the 1st floor of the building of the Press  House (National Press Club), located on Arshakunyants Avenue. This  was reported by the press service of the Ministry of Emergency  Situations.

According to the source, 4 combat crews from the fire and rescue  teams of the rescue department of the city of Yerevan  Ministry of  Emergency Situations of Armenia, as well as the operational group of  the rescue and fire fighting organization department, arrived at the  scene.  <Additional information will be provided later>, the message  says.