Attempt to transport 5 kg of narcotic substances through Armenia  prevented 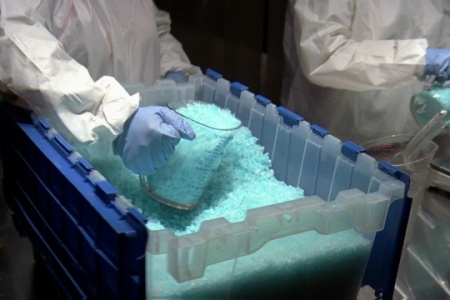 ArmInfo. Employees of the Anti-Smuggling Directorate of the State Revenue Committee, during control work in the "Cargo" cargo complex of the "Zvartnots" airport, uncovered another case of drug smuggling on a large scale through the  territory of Armenia.

According to the SRC report, in a cache of a courier package sent through Armenia to Japan on behalf of Iranian citizen S.G., a narcotic substance like <methamphetamine> was found with a total weight of 5 kg 150 grams. An Iranian citizen was  discovered by law enforcement officers the next day in Yerevan, and  detained.