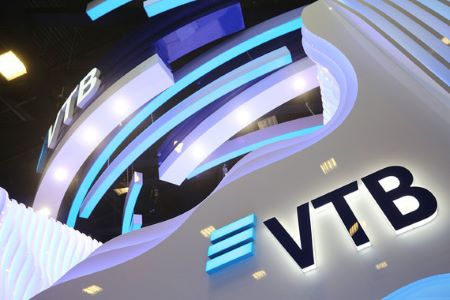 ArmInfo. VTB Bank (Armenia) leads in the number of ATMs and holds the lead in terms of coverage of the branch network. According to the press service of the bank,  according to the results of 2019, VTB Bank (Armenia) had 188 ATMs, of  which 88 were installed in the capital, and 100 in the regions of  Armenia. And today another ATM is used, which is installed on the  territory of MegaMall Armenia.

According to the source, 31 ATMs are also equipped with Cash-in and  Recycling functions at the same time, which allow customers not only  to withdraw cash from a bank card and make payments or transfers from  card to card, but also to instantly replenish cards in cash for free  and comfortably. The message notes that Cash-in ATMs are very  convenient and simplify the process of making bank transactions as  much as possible. In particular, using Cash-in ATMs, you can  replenish cards online for free, instantly receive the opportunity to  use the amount deposited through the ATM, and make all kinds of  payments, enter different banknotes into the ATM not one at a time,  but in a bundle, change the PIN code, make transfers from cards to a  card, receive statements from a card account, pay utility bills.

As for the bank's branch network, there are currently 72 branches, of  which 27 are located in Yerevan, and 45 in the regions of Armenia.

"In 2020, VTB Bank (Armenia) plans to expand its branch network with  a focus on regional branches, as well as increase the number of ATMs  in both capital and regional ones, "the bank said.

Today, throughout the territory of Armenia: in Yerevan and in the  regions of Armenia, there are 30 self- service zones available to  customers around the clock, every day. In addition to ATMs, VTB  Bank's self- service areas (Armenia) are also equipped with payment  terminals that allow payment for more than 300 services, as well as  the main range of banking services, eliminating the need to visit  bank branches and perform banking operations during the bank's  operating hours.

It should be noted that VTB Bank (Armenia) CJSC became a member of  VTB International Financial Group in April 2004. Currently, the  second largest VTB Bank PJSC in Russia owns 100% of the shares of VTB  Bank (Armenia). The Bank traditionally ranks among the leaders of the  banking system of the Republic of Armenia by its main indicators.