Chamber of Architects: Urban Development Committee of Armenia does  not comply with the requirements of the Law on the activities of  architects 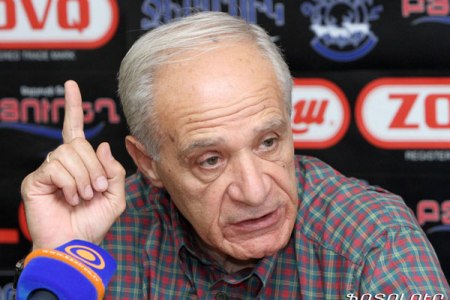 ArmInfo.  The Urban Development Committee of Armenia does not comply with the  requirements of the Law on the activities of architects. With a  similar statement on January 17 at a working discussion organized by  the Bright Armenia faction, Chairman of the Chamber of Architects  Mkrtich Minasyan stated.

According to him, draft amendments to the Laws on licensing and on  the activities of architects. "But what is the meaning of the laws if  they are not implemented," said the President of the Chamber. He  cited the fact that The Chamber of Architects officially started to  fulfill its duties on May 16. Last year, four members of the  Qualification Commission were elected at the structure's congress,  and immediately after the congress they took up their immediate  duties stipulated by law. However, 255 architects and 110 designers  have already obtained a license, 25 more architects and 15 designers  have already been prepared, and it would be possible to discuss them.  However, the Urban Planning Committee is in no hurry to approve the  procedure exams. Since September 25 last year, this procedure has  been in the Committee, from which there is still no answer, no  greetings. "But what is it about when the Law on architectural  activity spells this right in black and white?", the architect asks.

He also expressed his bewilderment by the fact that the Committee has  developed amendments to the Law on licensing, which provides for the  introduction of license forms of the first, second and third  categories. The right to grant these licenses will be the prerogative  of the Committee. "Let's adopt this law, but why is the work of  people being delayed, and who said that the current law is bad," the  head of the Chamber expressed outrage.