Nikol Pashinyan meets with members of "My Step" faction in Yerevan 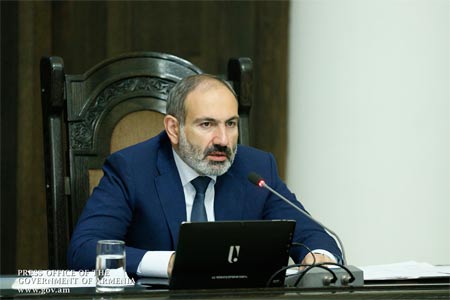 ArmInfo. On January 17, in the morning, the meeting between the Prime Minister of the Republic of Armenia Nikol Pashinyan and the members of the "My Step" faction  began. The meeting takes place in the office of the party "Civil  Agreement".

On the way to the party's office, the prime minister blinded a  snowball, and jokingly threw it in the direction of journalists.  Meanwhile, Pashinyan did not disclose exactly what issues would be  discussed at the meeting, confining himself to the phrase: "As  usual>.