Expert: Issuing broadcasting licenses under obsolete law will put the  mental and physical health of citizens at stake 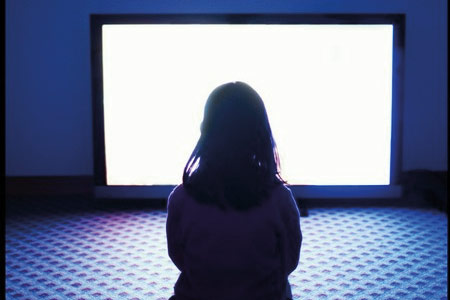 ArmInfo.Current format The National Commission on Television and Radio of RA was comfortable with the previous authorities, since often the issues of the  activities of broadcasters were resolved in other offices. This was  announced on January 16 by the head of this commission, Tigran  Hakobyan, during parliamentary hearings on legislative changes in the  field of audiovisual media.

According to him, some aspects of the Commission's activities,  including those related to its financing and legislative regulation,  amaze international experts. In this regard, it was pointed out that  it was necessary to expand its powers, which would be beneficial not  only to broadcasters, but also to the public. <This is not about  restricting freedom of speech. The issuance of broadcasting licenses  under the outdated law "On Television and Radio" will endanger the  mental and physical health of our citizens, "he said, adding that the  law should have been changed 10-15 years ago, and this need has not  ripened for changes in the political system, and is a requirement of  the XXI century. As was emphasized, the legislation weakly regulates  legal relations in this area, and does not contribute to the  development of television companies.  In particular, from the point  of view of the need to expand control, Hakobyan drew attention to the  unequal conditions of competition, because, due to the new media  culture, business entities had the opportunity to broadcast on other  platforms. This, on the one hand, increases the risk of violation of  copyright and other rights, and on the other hand, deprives the  control body of the opportunity to apply appropriate sanctions in  case of violations. As a result of this, as was noted, television  companies are in unequal conditions.  Hakobyan noted that the  technical licensing of television companies should be eliminated, and  instead, following the example of other countries, a system of tight  control over the content should be introduced in order to ensure  pluralism of opinions. He drew attention to the fact that in Armenia,  unlike other countries, including the post-Soviet space, the  standards of public multiplex are not developed. <In our opinion, 50-  70% of programs should be in Armenian, and up to 40% should be in  local production, which will help limit low-quality content, "he  said.

The expert informed that in the republic cable broadcasting covers  35-40% of households. Meanwhile, according to him, the principles of  cable networks should be changed, since they, as he put it, are  absurd, and they cannot be regulated by the Commission.

In total, cable networks provide access to about 400 television  channels, of which only 14.6% are local, which jeopardizes language  security. In addition, according to him, Armenia is the only country  in which, through the public multiplex, foreign television channels  broadcast. According to Hakobyan, this issue needs to be reviewed.