MP: Television companies must ensure the transparency of their  financial flows and disclose the names of owners 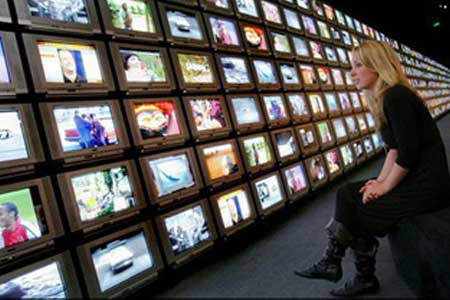 ArmInfo.According to European experts, the current law "On Television and Radio" is outdated, and its provisions aimed at freedom of the media are unsatisfactory.   This was announced on January 16 by the Chairman of the Subcommittee  on Television, Radio, Press and Information of the NA Standing  Committee on Science, Education, Culture, Diaspora, Youth and Sports,  MP of the "My Step" Faction Vahagn Tevosyan during the parliamentary  hearings on legislative changes in the field audiovisual media.

Tevosyan informed that international experts have repeatedly noted  the need for television companies to ensure the transparency of their  financial flows and disclose the names of owners. In this regard, as  was noted, the legislation should be tightened. In addition, the  deputy drew attention to the monopolization of the advertising  market, which puts television companies in unequal conditions.

Speaking about the National Commission on Television and Radio,  Tevosyan drew attention to the fact that her powers are insufficient  to apply sanctions against broadcasters that intentionally violate  the current legislation. It was emphasized that freedom of speech  should not be restricted in any way, however, television companies  must ensure pluralism of opinions, and otherwise be held accountable.

The deputy pointed out the importance of providing the Commission  with the authority to establish age limits for television programs,  as well as to respond to cases of copyright infringement, the  principles of freedom of speech, the glorification of criminal  elements and the promotion of violence against women and children. At  the same time, the level of influence of the Commission on the  process of issuing broadcasting licenses to relevant economic  entities should be limited.

Tevosyan also noted that today regional TV companies are facing the  task of financial and technical development. Meanwhile, according to  him, the creation of regional multiplexes is problematic, and can  cause serious political "appetites". In this regard, it is proposed  to pay attention to the possibility of the formation of interregional  multiplexes. As for the possibility of creating private multiplexes  with a republican cover, this issue, due to its complexity, can only  be discussed in the future.

According to him, the proposals will be presented in more detail when  the draft legislative changes are ready.