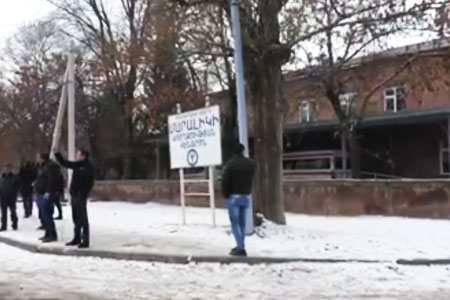 ArmInfo.  Head of the "My Step" faction, Lilit Makunts, stated that the issue related to the closure of regional maternity hospitals in Armenia was not discussed in the  faction.  Makunts said this on January 15 in an interview with  reporters.

Nevertheless, the head of the faction stated that she intends to meet  with the Minister of Healthcare of Armenia Arsen Torosyan and discuss  this issue with him, as well as to figure out which policy he chose  and for what purpose.

To note, by the decision of the Ministry of Healthcare it was planned  to close the "ineffective" maternity hospitals and departments in  Maralik (Shirak region), Yeghvard (Kotayk region) and a number of  other communities.  However, after the adoption of this decision, a  wave of protests arose, for two days the residents of Maralik and  Yeghvard held protests.