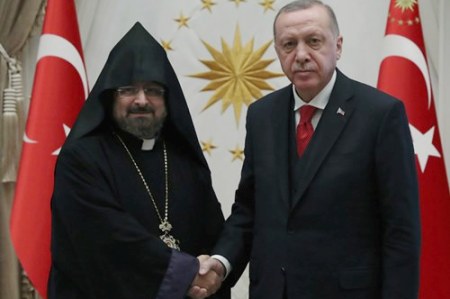 On the official website of the President of Turkey, only photos from  the meeting that took place the day before are presented, details of  the conversation are not presented.  Meanwhile, according to Turkish  media, the meeting was closed to the press.

To recal,l Bishop Sahak Mashalian was elected the 85th Patriarch of  the Armenian Apostolic Church in December 2019.