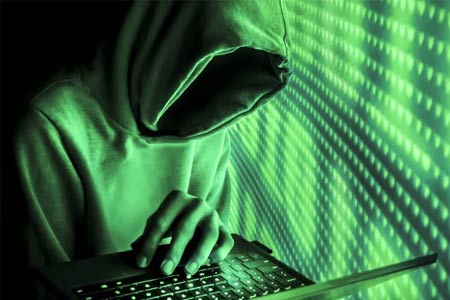 ArmInfo.Recently, cases of hacking and use of hacked accounts by the Azerbaijani side have become more frequent in order to carry out anti-Armenian propaganda,  hostility and destabilization in Armenian society. This was stated by  Advisor to the President of Artsakh on security issues Tigran  Abrahamyan, having published the corresponding post on his Facebook  page.

In the published post, the presidential adviser urges the competent  authorities to tackle the problem, stop such cases, and work with the  public.

For several months now, as in the groups operating in Armenia, fake  news has been spread through hacked profiles. Various hacked users  whose profiles are managed by Azerbaijanis publish posts around the  internal political situation of Armenia and Artsakh, its escalation,  violation of public relations, the false agenda of Armenia and  Artsakh, aimed at the emergence or deepening of internal hostility.  Be that as it may, for several months now - fake information has been  distributed in various groups on behalf of my friend (and not only on  his behalf). All publications with similar content are a call to take  to the streets and the organization of rallies against Nikol  Pashinyan. Each time we write to administrators, we try to prevent  the spread of fake news by Azerbaijanis in groups, but the vast  majority of administrators do not respond.  Leaving comments under a  post is also inefficient. This is a problem requiring a comprehensive  solution>, Abrahamyan said.

Yesterday,  ICHD Executive Director Tevan Poghosyan  called ensuring  the information security of Armenia a priority in anticipation of the  parliamentary elections in Azerbaijan and during the elections coming  up in Artsakh.  The expert believes that the information field of  Armenia should not only resist Azerbaijani or other misinformation,  but it is necessary to predict a possible change in the media field  and quickly respond to these actions.