Hazardous waste from ordinary garbage will be sorted in Yerevan 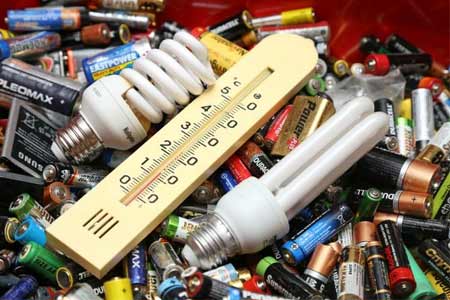 ArmInfo.Yerevan Municipality initiates an unprecedented process for sorting garbage. Mayor of Yerevan Hayk Marutyan stated this on December 16 at an extraordinary  meeting of the Council of Elders.

According to him, centers will be created to collect hazardous waste,  which no one had previously spoken about, "since the Soviet era."  "Today, hazardous waste together with ordinary garbage is collected  at the Nubarashen garbage dump, which is inadmissible in the 21st  century. We will not take populist steps, we will begin steps which  results will become visible in 10-15 years," Marutyan said. Thus, we  solve many environmental problems, "he said.

The Yerevan municipality authority did not specify how much money  will be allocated to organize the sorting of hazardous waste from  ordinary garbage. But, as the First Vice Mayor of Yerevan Hrachya  Sargsyan explained, the work will be carried out within the framework  of the new single NGO "Gardening and Environmental Protection", which  will be allocated 3.4 billion drams, 2.2 billion drams of which in  2020 - on the salary of employees.