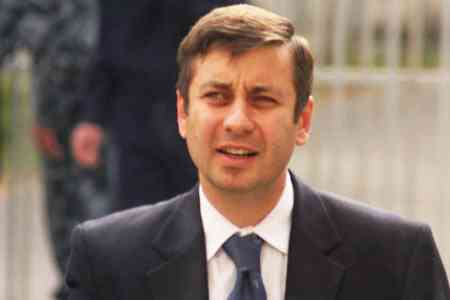 ArmInfo. Spokesman for the Prime Minister of Armenia Vladimir Karapetyan does not understand what is meant by the phrase "personnel pogrom."

So, on December 12 in Yerevan, in an interview with reporters on the  sidelines of the Third meeting of the Russian-Armenian Lazarev Club  Karapetyan to clarify to journalists whether a "personnel pogrom" is  expected after yesterday's statement by Prime Minister Nikol  Pashinyan about resistance to the state apparatus of the revolution,  he noted that understands what this wording means. He recalled that,  as the prime minister had already stated, 95% of the state apparatus  is made up of cadres of the previous authorities. "I don't think that  some pogroms are expected, as you say, however, I'm convinced that  the prime minister expressed himself quite clearly, and we must be  consistent in following his position," Karapetyan noted.

He cited conversations in the government as an example. "According to  them, due to the fact that they do not accept kickbacks, an economic  collapse will erupt, because it is better for capital expenditures to  somehow" spin "and bring at least some result," the prime minister  said.

According to him, the fight against corruption in Armenia also occurs  contrary to the system of state administration machinery. "Do not be  offended, but the whole law enforcement system needs to ask the  question" And when? "From time to time. But there's always a reason:  he doesn't give evidence, this one ran away and so on," he said.

The head of government called for fixing that the entire state system  is resisting the revolution. "I'll break this resistance. There is no  other option, because the people of Armenia voted for me personally  and for our political power to make political changes in this  country," the prime minister said.