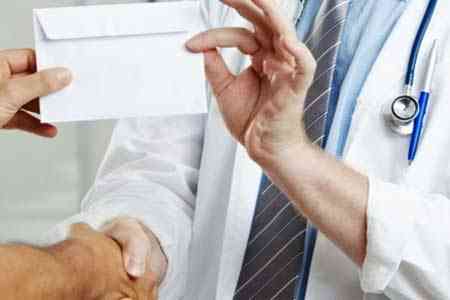 ArmInfo. The National Security Service of Armenia revealed the fact of corruption in the "Martuni Medical Center" CJSC, Gegharkunik region of Armenia.

According to the press service of the National Security Service of  Armenia, the department's employees found out that the head of the  surgical department of the medical center, being an employee of the  above trade organization, using his authority to the detriment of the  interests of the organization, ignoring the right to receive free or  partially free medical care for a number of people with health  problems, who appealed to the hospital in 2017-2019, personally  demanded as an additional fee and received a bribe in especially  large amounts for providing services to a group of persons.

A criminal case was instituted on the fact of an obvious crime in the  NSS of Armenia. An investigation is underway.