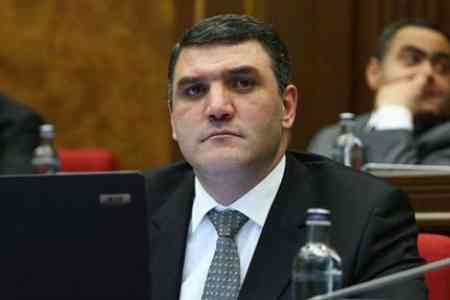 ArmInfo. The defense side of the former Prosecutor General of Armenia Gevorg Kostanyan appealed against the court decision on choosing a measure of restraint in the  form of arrest. According to the information provided by the lawyer,  Hambartsum Melik-Sargsyan, the corresponding application was  submitted on December 9.

To recall, Gevorg Kostanyan was charged as an accused in the case of  the events of March 1, 2008.  On September 25, former police chief  Alik Sargsyan was charged with this case. The names of Gevorg  Kostanyan and Gevorg Mheryan are mentioned in the text of the  prosecution. According to investigators, Sargsyan also participated  in hiding the facts of the participation of the military in  dispersing the opposition.

A few years ago, a video from the Republic Square in Yerevan was  distributed on the Network, where vehicles with the numbers of the  Ministry of Defense were filmed, as well as military personnel  brought to the site. In addition, from the point of view of the  investigation, the police leadership and representatives of the Armed  Forces drew up documents stating that the army vehicles were  transported not by soldiers, but by police officers. Correspondence  between the police and the Ministry of Defense was fabricated for  this.  Gevorg Kostanyan is wanted.