Armenia opposed the resolution on "militarization of Crimea and  Sevastopol, as well as parts of the Black and Azov Seas" adopted by  the UN General Assembly 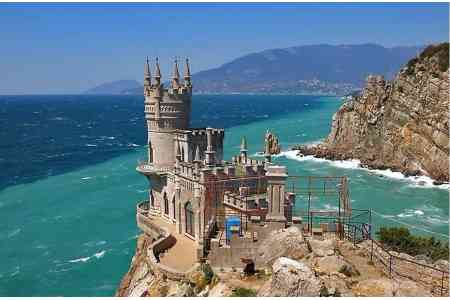 ArmInfo.Armenia opposed the Ukrainian resolution adopted by the UN General Assembly on "the militarization of Crimea and Sevastopol, as well as parts of the  Black and Azov Seas."

According to RIA Novosti, this was reported on Twitter by the  representative of Ukraine to the United Nations.  "63 countries voted  for, which is  less by three than last year. 19 states opposed,  including Russia, Belarus, Armenia, Kyrgyzstan, Cuba, China, Iran,  North Korea, Venezuela, Nicaragua, Serbia, Syria, Philippines,  Myanmar, Laos, Zimbabwe, Cambodia, Sudan and Burundi. 66 states  abstained, "the source said.

The resolution proposed by Kiev requires Russia to "withdraw troops"  from the peninsula, the press secretary of the Ukrainian mission to  the UN Oleg Nikolenko wrote on Facebook. In addition, Kiev wants to  return military equipment and weapons seized from the ships of the  Ukrainian Navy, which participated in the provocation in the Kerch  Strait. The resolution says that "the Russian military presence and  obstruction of international navigation in the Black and Azov Seas  region negatively affects the socio-economic situation in the coastal  regions of Ukraine." Kiev also advises representatives of foreign  states to refrain from visits to Crimea and Sevastopol without  coordination with the Ukrainian side.

Last year, the General Assembly adopted a similar resolution. As the  Russian Foreign Ministry noted, such initiatives are used as an extra  lever of pressure on Moscow and show that there is a "blundered  campaign" against it. According to the official representative of the  Foreign Ministry, Maria Zakharova, the adopted resolution serves as a  screen for Ukraine's failed domestic policy and does not contribute  to resolving the domestic crisis.  In turn, the Deputy Chairman of  the State Duma Committee on International Affairs Natalya Poklonskaya  said that representatives of the General Assembly who supported the  Ukrainian initiative should visit the peninsula themselves and assess  the situation in the republic. She added that regardless of such  resolutions, "Crimea will never even turn its head in the direction  of Ukraine."