The task of the parliamentary commission to investigate the  organization of passenger land transportation will be not punitive,  but affiliate functions 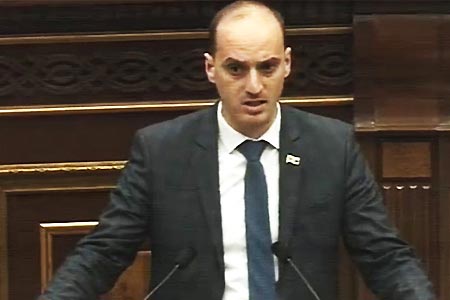 ArmInfo. The task of the created parliamentary commission to investigate the effectiveness of the organization in 2016-2019 passenger ground transportation will  not be punitive, but partnership functions. This was announced on  December 9 from the rostrum of the National Assembly of the Republic  of Armenia by the initiator of the creation of the commission, deputy  of the National Assembly from the Prosperous Armenia faction Artem  Tsarukyan.

According to him, the commission was created by force of law on the  basis of the requirement of at least one fourth of the deputy corps.  It is envisaged that it will include 15 deputies from all  parliamentary factions. But the size of the commission is not final,  the deputy continued, adding that this number is being proposed so  that the smallest fraction in the person of Enlightened Armenia would  be represented in it at the proper level.

The deputy emphasized that in a number of areas, in particular,  Yerevan-Berd, Yerevan-Alaverdi, Yerevan- Hrazdan, Yerevan-Stepanavan  and others. There are serious problems with passenger traffic.  Moreover, out of 205 inter-regional transportations, 46 were  discontinued. Often, the resulting vacuum is used by illegal carriers  that do not have the appropriate licenses and do not pay taxes. Artem  Tsarukyan recalled that the issue was repeatedly raised, but the  problems were not resolved.