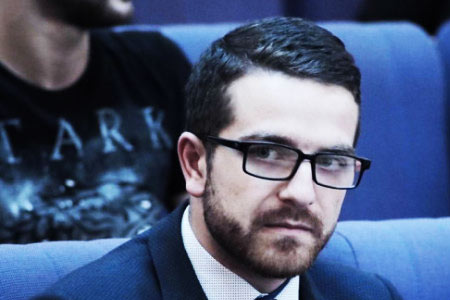 ArmInfo. The defense side intends to appeal the decision on the arrest of the RA Deputy Minister of Education, Science, Culture and Sports Gevorg Loretsyan.  According to information provided by lawyer Levon Sahakyan, Loretsyan  does not agree with the prosecution, and hopes for an honest  investigation.

On December 4 this year, on suspicion of receiving bribes on an  especially large scale, the Deputy Minister of Education, Science,  Culture and Sports of the Republic of Armenia Gevorg Loretsyan, his  driver, as well as the head of one of the football clubs operating in  the Republic of Armenia, who also is the actual leader of a number of  supplier companies were detained.

The deputy minister, in exchange for supporting the aforementioned  business entity in obtaining tenders for the purchase of sportswear  and equipment for the needs of entities subordinate to the Ministry,  with the assistance of the driver, agreed to receive a bribe in  especially large amounts. The driver of the deputy minister was  detained immediately after the transfer of part of the funds to him  from the head of the economic entity. A criminal case has been  instituted.  As a preventive measure against Loretsyan, his driver  and the head of the football club, an arrest of 2 months was chosen.