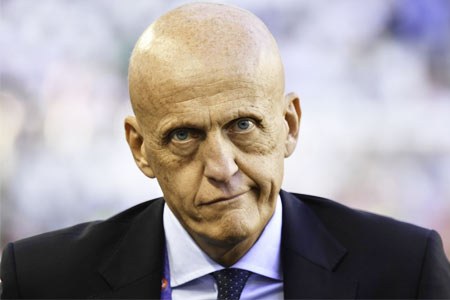 The ministry's statement said in particular: "Taking into account  publications in the Armenian media that Pierluigi Collina had adopted  a child from Armenia by criminal means, we officially inform that the  RA Ministry of Justice never received an appeal from Pierluigi  Collina from the Italian side regarding his desire to adopt a child  who is a citizen of the Republic of Armenia. At the same time, the  Ministry of Justice reports that the RA Criminal Code provides for  criminal liability for disclosing the secrets of adoption of a child  against the will of the adopter>.