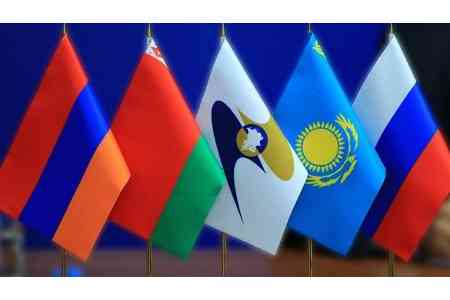 ArmInfo. Bahman Hosseinzadeh, Managing Director of the Iranian International  Exhibition Company, announced that the first international exhibition  of the countries of the Eurasian Economic Union (EAEU) is planned to  be held in Tehran.

The Ministry of Industry also plans to provide the organizers of such  exhibitors with the necessary financial assistance. "In general,  exhibitions directly and indirectly contribute to the economic boom  in the country," he said.In May 2018, the Eurasian Union and Iran  signed an interim agreement on a free trade zone for a period of  three years. The agreement provides for a reduction in customs duties  on a number of goods, including 502 names of Iranian goods and 864  Eurasian ones. Of these, 10-12 products were included in the list at  the suggestion of the Armenian government. At the same time, the  parties will not only reduce duties, but also ease non-tariff customs  barriers (import permits, requirements for certification of goods,  and so on). This is especially true when exporting to Iran, where the  authorities very tightly protect the domestic market.As a result, the  EAEU countries will be able to more easily export beef and lamb,  butter, mineral water, grains, as well as steel rolling, tractors,  and buses to Iran. Iran, in turn, will be able to import figs and  pistachios, shrimp, dishes and carpets into the EAEU more easily.