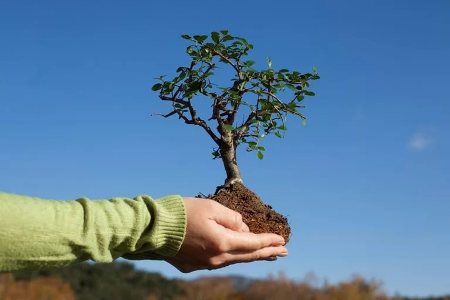 ArmInfo. An interagency commission will be created in Armenia to implement a large-scale forest planting program in 2020. According to the official website of  the Government of Armenia, the corresponding decision was signed by  the Prime Minister of Armenia Nikol Pashinyan on December 4.

The commission will include the Deputy Minister of Labor and Social  Affairs, Territorial Administration and Infrastructure, Emergencies,  Economics, Health, Deputy Minister of Education, Science, Sports and  Culture, Deputy Heads of Police, Chairman of the Committee for Urban  Development and Cadastre and Real Estate. The commission will be  headed by Deputy Minister of Environment Vardan Melikyan.  Recall, on  October 16, when entering the "Global Innovation Forum-2019", the  Prime Minister of Armenia Nikol Pashinyan stated: "Our government has  developed an ambitious program that should reach its peak on October  10, 2020. On this day we plan to plant 10 million trees in the  country - on the 10th day of the 10th month, which will mark the  solidarity of 10 million Armenians around Armenian statehood and  Armenia. " According to him, by 2050 Armenia plans to double the  forest territories of the republic. It is planned that by the end of  2019, about 500 thousand seedlings will be planted on 140 hectares.

Meanwhile, at a hearing on the next year's draft state budget in  parliamentary commissions, Minister of the Environment of Armenia  Eric Grigoryan stated that the draft state budget of Armenia for 2020  does not provide funding for the planting program for 10 million  trees. In implementing this program, the authorities intend to resort  to the help of both partner countries and the local population, and  representatives of the diaspora. In particular, as the Minister  noted, successful negotiations are underway with Russia, Belarus and  Kazakhstan on the implementation of joint projects, including on this  project. Eric Grigoryan emphasized that the program is nationwide in  nature and will be attended by individual citizens, educational  institutions, and business structures.