Sergey Lavrov: Any decision on Karabakh should be made by people who  live on this land 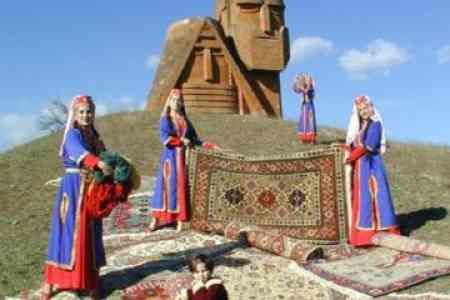 ArmInfo.Russia was the initiator of the journalistic exchange between Armenia and  Azerbaijan. Russian Foreign Minister Sergey Lavrov, answering a  corresponding question, announced this on December 3 in Baku at a  joint press conference with Azerbaijani Foreign Minister Elmar  Mammadyarov.

He recalled that it was on the proposal of the Russian side that this  initiative was implemented. "Russia was one of the authors of this  initiative. I think this is very important. Any decision should be  made by people who live on this land and who live in Azerbaijan,  Armenia, in Nagorno-Karabakh. And the closer people will communicate  with each other, the more objective the journalists will cover what  is happening on both sides of the Contact Line, the easier and more  stable the agreements we hope to reach.  I strongly support that the  contacts between the Karabakh communities, which, incidentally, were  carried out at some stage, then be frozen so that they resume. This  is very promising, because in the end, all the same, the entire  Karabakh population will have to decide how to live, "Lavrov  concluded.