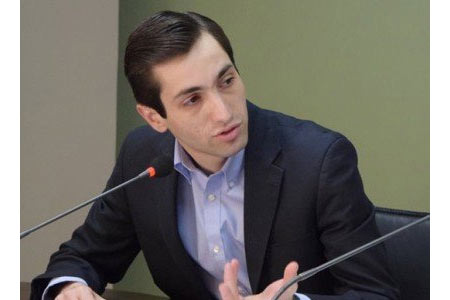 ArmInfo. The head of the "Luys" faction of the Council of Elders of Yerevan, David Khazhakyan, called on the live debate of the Mayor of Yerevan Hayk Marutyan.   This is stated in the statement of Khazhakyan received in ArmInfo.

The document, in particular, notes that for several days the faction  raises the issue of the corruption nature of the mayor's transactions  and the excess of his official powers by him. "Your answers have  raised even more questions. On this, I stop the distance debate and  challenge you to face-to-face debate, which as an element of a  democratic culture, has no alternative. During the debate, I justify  why I say that your actions have a corruption essence and they have  elements of abuse of authority, and you will be able to answer the  questions posed point by point. I'll wait for your reply until 18:00  tomorrow to agree with the TV channel, "said a statement by a member  of the Council of Elders, which, however, does not indicate the  television l, on which the televised debate is planned.

The position of the mayor himself is still unknown.