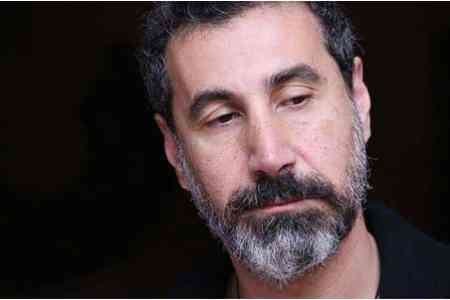 ArmInfo.World star, leader of the world famous band, Serj Tankian supported the initiative of  Prime Minister of Armenia Nikol Pashinyan to  create a global Armenian budget within the framework of the  All-Armenian Fund.

In his video message on the Facebook social network, Tankian said:   "I hereby accept the challenge by PM of Armenia Nikol Pashinyan to  donate $23/mo  to the All Armenia Fund and in turn challenge Eric  Israelyan, Vahe Berberyan and Angela Sarafyan to meet this challenge.  Feel free to join the challenge and challenge others to do the same.  We can do more with larger numbers of people donating less than a  small group donating more."

Yesterday, on November 28,  head of the Armenian government, Nikol  Pashinyan, within the framework of the 22nd telethon to raise funds  in favor of Armenia, urged every Armenian to automatically transfer  from their bank cards 22-23 US dollars to the Pan-Armenian Fund.  According to him, today it is important that not only representatives  of business and politics elites take part in the donation process,  but also ordinary citizens. The prime minister announced his  intention to start transferring 10 thousand drams to the fund every  month, and if all the Armenians of the world follow his example, the  amount of deductions will annually exceed $ 1 billion, which is a  huge amount for Armenia. As Pashinyan noted, it is necessary to  increase the trust of ordinary citizens in the activities of the Fund  and faith in the effective use of its funds.  "It is very important  to increase the image of the Fund, and I assure you that the issue of  efficient use of financial resources will be under double, triple  control," the head of government said.