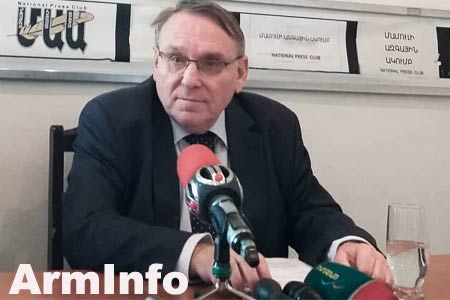 According to the press service of the parliament, during the meeting  Mirzoyan welcomed the Czech Republic's ratification of the  Comprehensive and Enhanced Partnership Agreement between Armenia and  the EU. He also noted that Armenia has high hopes that the Czech side  will assist in the issue of starting a dialogue on visa  liberalization.

For his part, the ambassador pointed out the importance of  Armenia-Czech Republic ties, adding that parliamentary cooperation  can bring relations to a new level. He stressed that countries have  great potential for interaction, noting the significant role of  expanding trade and economic cooperation. Kopecky assured that the  Czech Republic welcomed the democratic reforms in Armenia and was  ready to develop ties both in the bilateral format and within the  framework of the Eastern Partnership, having also provided assistance  in all areas of reform.