Armenia improves its position in the Global Terrorism Index rating 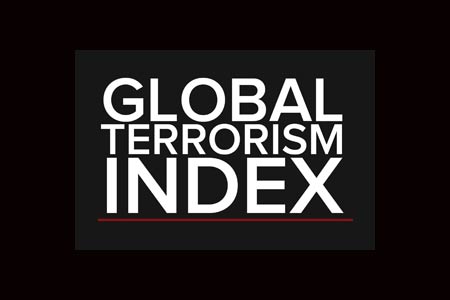 ArmInfo.  Armenia is ranked  94th on the Global Terrorism

Index ranking prepared by a group of international researchers. It  should be noted that last year Armenia was the 83rd.

According to experts, Armenia, like its partners in the Eurasian  Economic Union, Kazakhstan and Russia, has significantly improved its  performance in the index, while Belarus and in all have been in 138th  position out of 138 possible. Thus, Belarus is recognized as one of  the safest countries in terms of the threat of terrorism. Belarus  shared 138th place with 26 more countries, including Portugal,  Slovenia, Mongolia, Romania, Togo, Oman, Cuba, North Korea, Singapore  and others. From the CIS countries, Turkmenistan also entered the  list of safest states.

Afghanistan is recognized as the most dangerous in terms of the  threat of terrorist attacks, followed by Iraq, Nigeria, Syria,  Pakistan, Somalia, India, Yemen, the Philippines and the Democratic  Republic of the Congo.

The was the seventh comprehensive  study of the situation in the world in terms of the level of  terrorist threat. The GTI Index was developed by an international  group of experts under the auspices of The Institute for Economics  and Peace of the University of Sydney, Australia.  The calculation  part is based on information from the Global Terrorism Database of  the National Terrorism Consortium at the University of Maryland, the  world's largest statistical database of terrorist activities  containing information on terrorist acts over the past decades.  The  Global Terrorism Index measures the level of terrorist activity in  four main indicators: 1. The number of terrorist incidents; 2. The  number of dead; 3. The number of victims; 4. The level of property  damage.