Prosecutor General`s Office revealed that damage was caused to the  state in the amount of 60.7 billion AMD 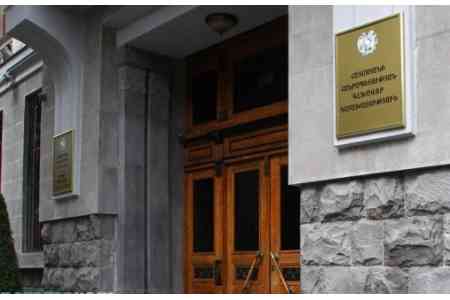 ArmInfo.  The Office for the  Protection of State Interests of the General Prosecutor's Office of  Armenia revealed damage to state interests in the amount of 60.7  billion drams, of which 3.2 billion drams were recovered.

According  to the press service of the Prosecutor General, the investigation  covered the period from the beginning of 2018 to the first half of  2019.  In total, during this period, criminal cases were instituted  on the facts of 406 offenses, and in their part the total damage to  the state is 45.1 billion drams. Of the above, damage in the amount  of 1.5 billion drams was recovered. Meanwhile, in 2016-2017 for  similar crimes, a total of 131 cases were opened.

The vast majority of criminal cases instituted over the past year and  a half relate to embezzlement and crimes against the interests of  public service. 366 warnings on voluntary compensation for damage  were issued, due to which 915 million drams were restored, while in  2016-2017 this indicator was 162 million drams.