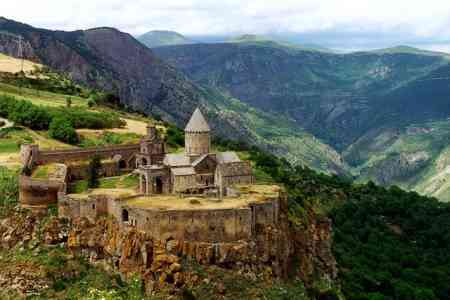 ArmInfo. Azerbaijan is  again trying to move the Nagorno- Karabakh issue to another platform. So, this time the language concerning Nagorno-Karabakh was reflected  in the final declaration of the II Baku Summit of World Religious  Leaders.

The Baku Declaration emphasizes that Azerbaijan attaches great  importance to the development of international cooperation, the  formation of relations between the state and religion, the  strengthening of inter-civilization and inter-religious ties, the  preservation of various national and cultural values and traditions  of multiculturalism. "The Baku Declaration also condemns the  destruction of historical and cultural monuments in the "occupied  territories" of Azerbaijan," the document says. APA reports that the  outcome document also noted the importance of an effective fight  against terrorism and extremism, as well as solving the problem of  migration that arose as a result of armed conflicts.