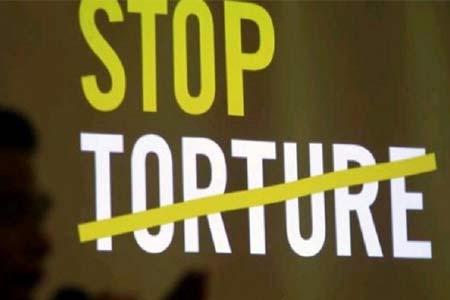 ArmInfo-Turan.Family members of those convicted of the Terter case and those who died during the investigation on Thursday tried to hold a rally in front of the Azerbaijani  presidential administration. They appealed to the administration more  than once, but did not receive an answer. Once again, the police  pushed the protesters away from the building. After that, people  gathered at the exit in front of the Ulduz metro station, where they  organized a protest rally, Turan reports.

They told reporters about the biased conduct of the investigation,  the use of torture against the accused, some of whom died.  The  protesters demanded the release on justification of the convicts and  the posthumous rehabilitation of those who died during the  investigation and granting them the status of "Martyr".  On May 7,   2017, the Prosecutor General's Office, the State Security Service,  the Ministry of Defense and the Ministry of Internal Affairs of  Azerbaijan issued a joint statement, reporting the detention of a  group of military personnel and civilians for espionage in favor of  the Armenian special services.  The prosecutor's office filed a  lawsuit under the Article 274 (high treason) of the Criminal Code.  The detainees were sentenced to various terms of imprisonment.  However, it soon became known that during the investigation at least  eight suspects were killed because of torture. Later, the four killed  were acquitted, and the investigators who fabricated the charges  against them received up to 7 years in prison.